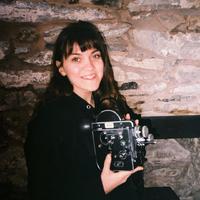 My name is Brigitte and I am a filmmaker based in Manchester, England. I've known I wanted to work in the film industry since I was aged 14, when I began editing short videos for Youtube. Eventually, I developed an interest in photography and realised I really enjoy capturing my own physical shots. This interest turned to cinematography, which has since become my greatest passion. I have experimented a lot with using analogue film, as-well as recently working as director of photography on a 16mm short film (still in post-production) called Dead in the Water. I work with both analogue and digital formats, creating films ranging from art projects to narrative short films and music videos. My most recent film Seagull is a film that I made during the 2020 Lockdown. This is a documentary about how seven siblings remember their childhood and the way they feel their grandparents have impacted their lives.

I have been very fortunate to have made many contacts throughout my time at university, which has presented opportunities for me to work on a variety of productions. I've worked as a Camera Trainee on several short films which have been featured at festivals such as London Short film festival and Aesthetica Short film festival. I have also worked as a camera operator, runner and other roles in many other types of projects such as classical music performances, school shows and adverts.