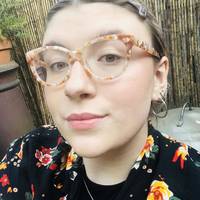 I'm an aspiring producer who is passionate about the power of cinema and how it can bring distinctive stories to the screen. I work in both documentary and drama and am drawn to films that convey the voices of people who are voiceless.based both in London and Manchester. I studied Filmmaking at Manchester School of Art, where I developed my skills for production and career goals for working as a producer. I have produced a number of shorts whilst at University, and also gained work experience at productions companies such as Mammoth Screen. During my third year I started a documentary series called 'Bleeders' of which I am still working on-to-date.