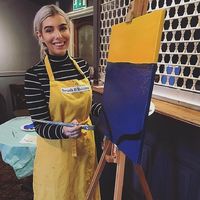 The concept of memorializing the events of this period gave body to the idea of using rocks situated near the reservoir where the village once stood. The memorial stones in Manon’s work have been arranged on a traditional dry-stone wall, a familiar feature of the landscape in North Wales. The stones symbolise the spirit of the villagers, who predominately worked on the land, and is a memorial to their fight in the 1950-1960’s in opposing the village of Capel Celyn from being flooded to create a reservoir. This memorial is a stand-alone sculpture consisting of three stones, engraved with text in the Welsh language.