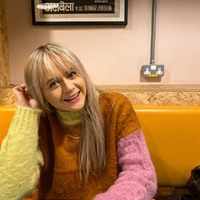 A Thought of Passage (2020) is a constructed photography series I have created which begins with understanding the contextual theme of prosthetic memories. Prosthetic memories are obtaining “memories of experiences through which he did not live” (Kennedy, 2017). These memories are often acquired through a visual prompt, such as, a photograph or film. However, I have taken this theory and applied it to the context of westernised domestic spaces. I have created, and constructed photographs based around the memories I have in relation to my late father. Thus, by showcasing a sequence of six institutions that physically demonstrate the six decades of his life, I have been able to include domestic prosthetic memory prompts within them. Therefore, enabling the viewers to be able to not only place themselves within the institution but to also attempt to retrieve memories of that space.

I am curious about the psychology behind my work, as it carries multiple themes of memory, loss, mourning and sculpture. Through investigating prosthetic memories, I wanted to discover how I could recover the personal memories I have of my Father, whilst simultaneously understanding each decade of his life resembles a politicised narrative which relates to class and the passage through institutions. This ambiguous approach made for a perfect opportunity to exploit the concept of prosthetic memories and put the theory into practice.

Constructed photography fascinates me as it allows us to achieve a higher level of deception of most subject matters. A Thought of Passage focuses on captivating the viewer through an illusion of space, from constructing small-scale wooden architectural rooms, I have gone onto illuminating and photographing these spaces in order to achieve a sense of realism and a new perspective. This process is then followed by allowing the artificially ingrained prosthetic memories to be teased out by an observer who may not have an experience of the situation. Many feelings occur from observing this series, for example the contrasting emotions of shock and sentimentality.

Each photograph references a decade my father was alive, I chose to construct the significant milestones he had lived through, whilst being aware others would be able to relate by placing themselves in the known institutional environments. Every room/ photograph has layers of my personal memories combined with prosthetic memories, in turn, creating a playground for personal contexts to thrive and be remembered. Through the multitude of memories, it is possible for the viewer to create many perceptions of my work. This outcome is satisfying as by achieving at a minimum one memory through looking at the photographs, my work has accomplished the link with the theory it stems from.

The series, A Thought of Passage, is mounted onto aluminium at a size of A2, roughly 160cm off the ground in a darkened room. The images are lit with a gentle glow of light, the purpose of this is to instil an immersive environment to really encourage the viewer to get absorbed in the image. By creating this environment, it establishes the perfect setting for the audience to achieve prosthetic memories.