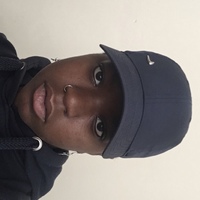 As a Luso-African black woman, the history I was taught about my ancestors was visually white-washed, theoretically glorified and held Eurocentric values which felt impersonal and inaccurate in comparison to the history my mother and father passed onto me. Learning about my cultures through an outdated, one-sided, imperialist history curriculum resulted in a feeling of overall superioty toward & wrong notion of aboriginal cultures and their contributions to our lives and the world and essentially, like most of us, I grew up believing my ancestors were uneducated, primitive beings whose only purpose was to provide and survive forced labour.

The god in You is a short documentary series explores the other side of history. It looks at African, Asian and Latino aboriginal and ancient cultures and their traditional spiritual practices and beliefs as well as the deities deriving from each culture. The aim is to educate people on the non-Eurocentric side of our history and to let PoC and everyone else know about the depth of richness, vibrancy and divinity our ancestors and cultures possess.

The first part of the series Part I The Stories, focuses on the West African (Nigeria) and North African (Egypt) cultures and their polytheist beliefs, as well as the syncretic adaptation Africans were forced to take on at the hands of the transatlantic slave trade and colonial years.

The second video titled 'Nut - Ancient Kemetic Deity' is part of The god in You - Visual Deities series.