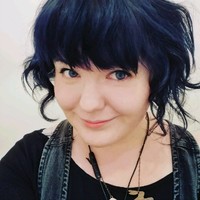 Jewellery is a memory in physical form, a fleeting feeling. I try to capture snapshots of moments within my practice.

Whilst I work predominantly with a variety of traditional silversmithing techniques such as etching and stone setting, I have branched out previously into ceramics and mixed media to find materials with the qualities that fit the story I am trying to tell.

My final project for 3rd year has been Project: MOON. Last year marked the 50th anniversary for the 1969 Apollo lunar landing, and so I set out to capture the essence of the moon. Whilst I figurately explored her surface through photo etching of NASA lunar surface imagery, I also explored humanities love affair with our closest celestial neighbour. The moon has accompanied humanity throughout our entire history, first as the unattainable night Goddess and now as a scientific endeavour.
And yet even as we uncover all her secrets, we still hold the moon culturally as a magical entity.

Using a small, dark space that filters light through a locket, I have aimed to create a condensed universe. When you hold the locket up to the light and tip it, that universe comes alive.
A quiet night sky, just for you.

My research around this topic brought alive the feeling of excitement for the era leading up to the lunar landing. I discovered Soviet Space Race propaganda and the rush of 1950’s Science Fiction space films. The narrative of this time is very singularly minded and captured humanities imagination. Moving forward with my practice I am aiming to create a collection of jewellery pieces that stirs the same Space Race fever in the wearer that this project did for me.