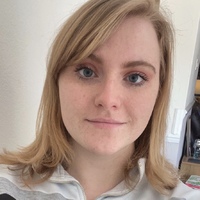 When referring to Cult Television programes, these were the shows that stood out from the rest. In the late 70's/80's, shows that were featured in space or in the future, such as Gerry Anderson's Space 1999, or Space Precint, acquired a niche audience. However, when these shows end, it is the memorabilia that give's a fan nostaligia, and takes them back to the time when the TV shows were in their prime.

Throughout the assignment, it was suggested that nostalgia took place as a narrative within older fans. The ability to collect certain pieces of merchandise filled a void that could not be filled in the past, due to being too young to start collecting or simply not having the money to do so. Yet, as the fans got older, the nostalgia of Cult TV shows allowed them to connect with one another through fan groups and websites. From here, fans could interact by sharing news, articles and photos of the collection with each other.

Another aspect of the assignment was the merchandise itself. One reason why the fans collect these items, is due to monetary value, and rarity. The more rare an item becomes, the more money it is worth. Therefore, by buying and selling merchandise on auction websites such as eBay, it allows for fans from all over the world to obtain these items for their own personal collection.