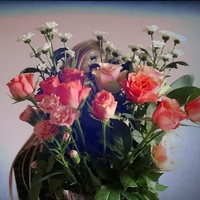 I work with both digital and analogue film and really enjoy experimental and documentary work. I overall enjoy film, photography, and art subjects that allow me to combine them and collaborate with others. With my major film, I decided to focus on a linear narrative and decided to take up five roles on my own production as the story is from personal experience and therefore I wanted to be able to capture this the best way I could and by challenging myself taking up these roles I was able to create my short narrative film; Memoir (although on hold due to Covid-19)

Filmed with both digital and analogue film using 16mm, Memoir is about two young inseparable girls; Emily and Autumn who must face reality when Emily's parents are getting a divorce meaning Emily's move will mean they won't see each other as much anymore. With this, the girls decide to run away but after a long adventure, we discover they have only been gone for the day and return home practically in time for dinner and the runaway's actions go unnoticed.

As the film will use both digital and analogue film I have provided a selection of film stills of what I have so far to give an idea of how the film is beginning to look, I will continue to finish this when I can and this gives me ways of improving and keeping motivated in finishing my film.