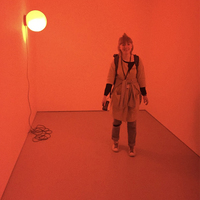 Beginning this project, I made a list of the three main components that were going to make up my final output. These were; Window designs based on Chethams Library; Visuals based on extensive research done on paper deterioration; And finally, something within all my research to tie the windows and the visuals together. Designing the windows was fun and relatively quick. I think this was because I had had plenty of experience with CAD in my last two units to this helped me confidently put the ideas in my head into a laser cutting format and then into an instruction manual for building. I was quite daunted at first by the next part of my project, the visuals and all the research that would go with that. Once I got started, however, I enjoyed the research and found lots of visual language that came out of it. I was really proud of making the projection fields in the windows based on patterns of bug chew. This felt the crucial part of my project that brought it together. It has also made me think to the future and that how well the tracing paper and projection mapping worked. Definitely something I’ll be doing again. After this, the projected visuals plans came nicely together.  I know I made a good foundation to build on those animations when I have access to some slightly slicker technology. Creating the visuals also gave me a basic understanding of programmes such as ‘notch’ and ‘touch designer’ which I have come to understand are quite good to use if you're in the visuals creating game. I plan to pursue learning these programmes and other ones alike further. I’m happy with the outcomes of my project, considering the circumstance I feel I have a really good basis to build on once I have access to some sort of studio. I feel like this unit has also been the one that has utilised the most out of my researching and planning