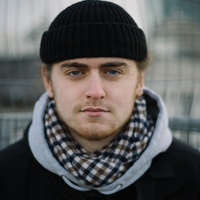 My practice often revolves around focusing on the mundane and banal aspects of life which ordinarily go unnoticed, making the normal appear abnormal. Being from a typical working class British background, I have a huge interest in Britain as a whole and was intrigued to what the people of Britain associated with being British. To each individual the answer differs, as this could depend on where in the UK you are from and the heritage behind your family. In the UK there is a huge divide in classes, regional areas and ethnicities but there is one underlying factor that we all have in common - being British.

From conducting a survey of members of the public, I asked what they associated with Britain. There were mixed responses, as there are many factors associated with being British, it could depend on what part of the Britain you are from and the diversity in ethic cultures Britain Provides. However the overwhelming majority of responses centred around British cuisine. Britain has a diverse attitude to food, ranging from traditional dishes such as Shepherds pie and Full breakfasts to Chicken Tikka Masala. However, there is one meal that stood out and brings the people of Britain together this being the great British delicacy of Fish and Chips. Without a doubt the British people class the traditional Friday fish and chips as a national treasure, this dish is now renowned world wide.

Friday portrays the journey I took of the meal from start to finish, guiding you on a my visual journey across the country documenting the process of the meal, meeting trawler man, fishermen, potato farmers and chip shop owners, inviting you to witness the passion and pride which goes into making this Great British dish.