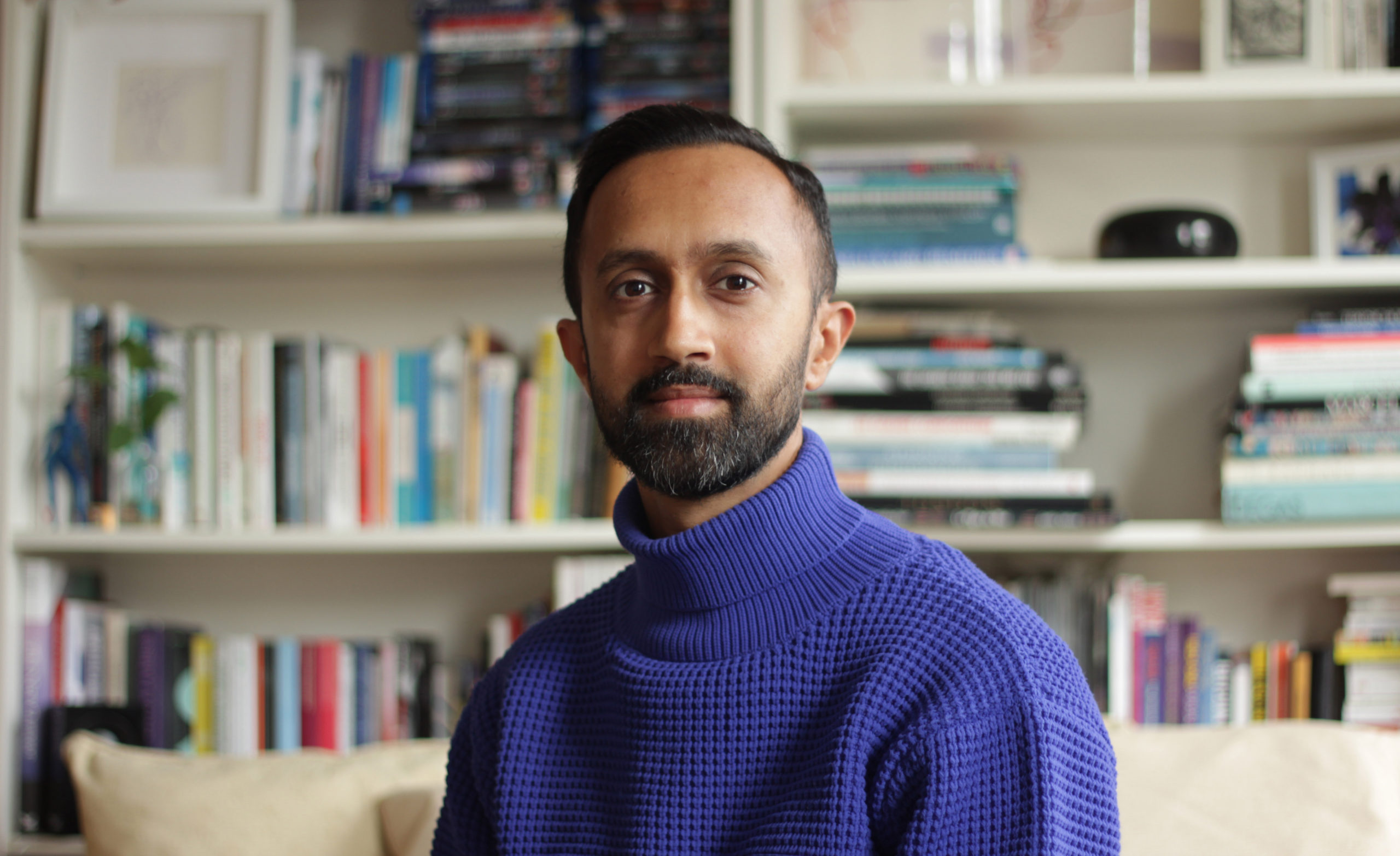 Artist, Hetain Patel, whose practice encompasses moving-image works, sculpture, photography, and performance, recently won the 2019 Film London Jarman Award for his films Don’t Look at the Finger (2017), and The Jump  (2015). The Jump is  a six-minute, two-channel video installation. In the film, which was shot in his grandmother’s house in Bolton, in northwest England, which has housed numerous relatives as they migrated to the UK, Patel re-creates his childhood memory of jumping off the family sofa while dressed as Spiderman. Known for creating works centered on marginalized identities, Patel mixes humour with popular culture to explore subjects that range from power structures and immigration to language and memory. Originally from Bolton and now based in London, Patel’s work cuts across disciplines, and he has recently explored YouTube as a medium as well as delivering a TED Global talk which has received nearly 3 million hits. He was recently announced as one of the featured artists for the British Art Show in 2021. 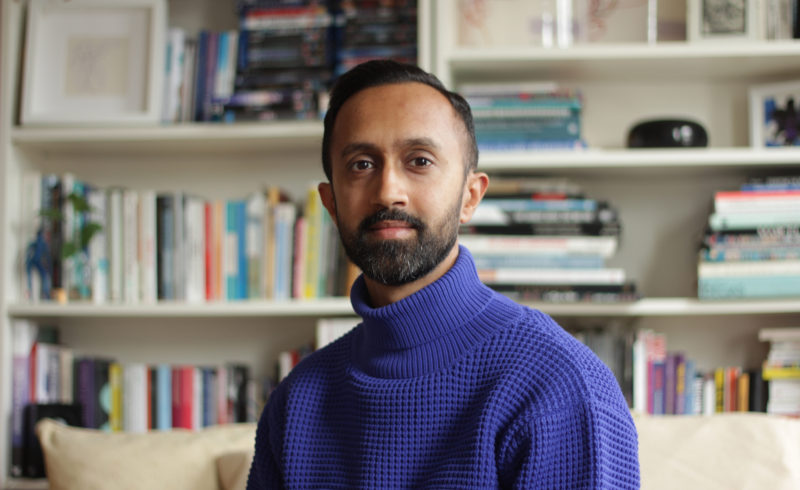